Il Villaggio Placido is located in a beautiful Garden Park full of evergreen flowers and plants.

Each villa is located in the deepest of a green garden of olives trees, cypresses and palm trees.

The individual verandas of each villa are surrounded by vegetation and the intense colors of the bougainvillea...

The land surrounding the bay was cultivated with vineyards, the wine that was produced, being on the sea, was precious and at night the buyers came from Catania, with the typical Sicilian carts, and loaded to then ship it to the various countries of northern Italy.

At sea the fishermen tried to fish with their boats but they didn’t have a place to rest, the noblewoman has allowed them to build accommodation in that land near the sea.

This meant that the fishermen built small and very simple and poor "fishermen" houses.

Sometimes they spent the night there, mending the nets and preparing a simple and thrifty meal. 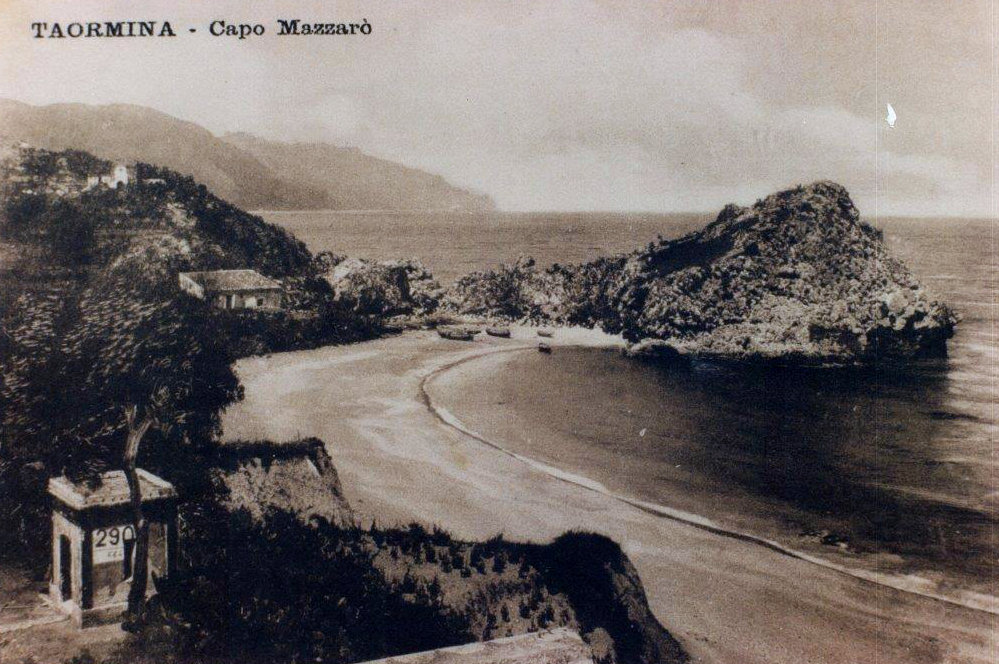 " Over the years Placido inherited this land and in 1970 he transformed the humble fishermen's houses into" Sicilian "style villas, thus the" Villaggio Placido "was born" "

The Lady was happy.

Over the years Placido inherited this land and in 1970 he transformed the humble fishermen's houses into “Sicilian” style villas, then the “Villaggio Placido” was born.

In 1970, tourists were enchanted by so much beauty and simplicity that these houses and the enchanting view of the Mazzarò bay showed.

Not much has changed since then, the houses are in the same positions and with the imagination they bring you back to the old fishermen. The view of the sea, the simplicity and uniqueness of the environments and the scents enchant you, as in a dream they make you go back in time to the times of the noblewoman.

The "Apartments" of Villaggio Placido are the most beautiful apartments on the beach of Taormina sea side. They are beautiful because they are immersed in the greenery of the Garden Park, they are all single and independent villas... 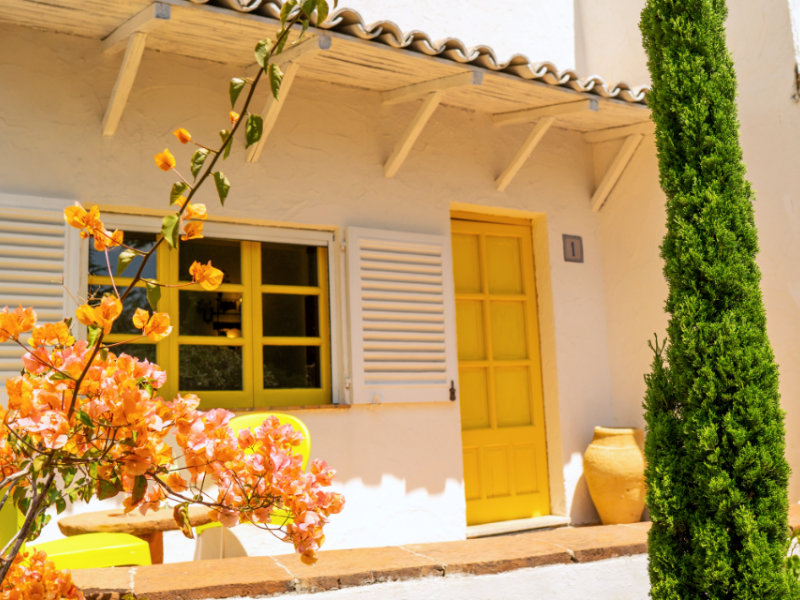 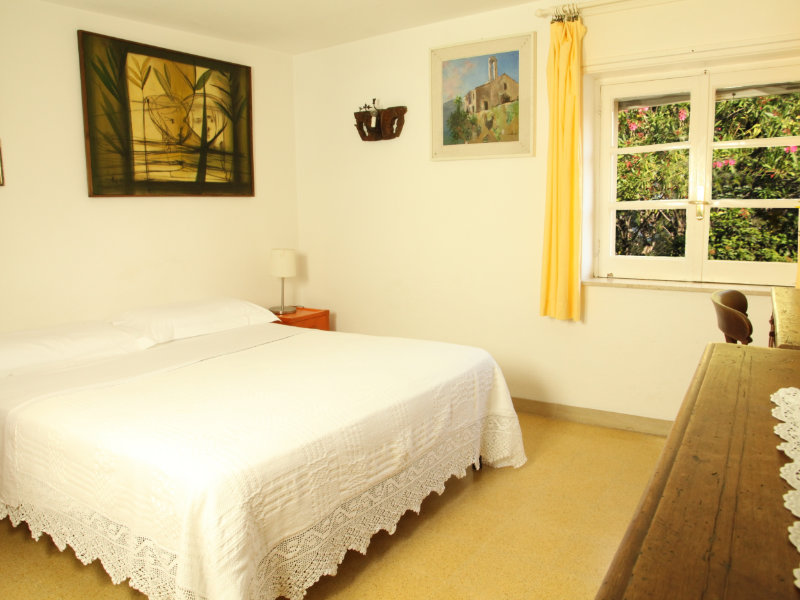 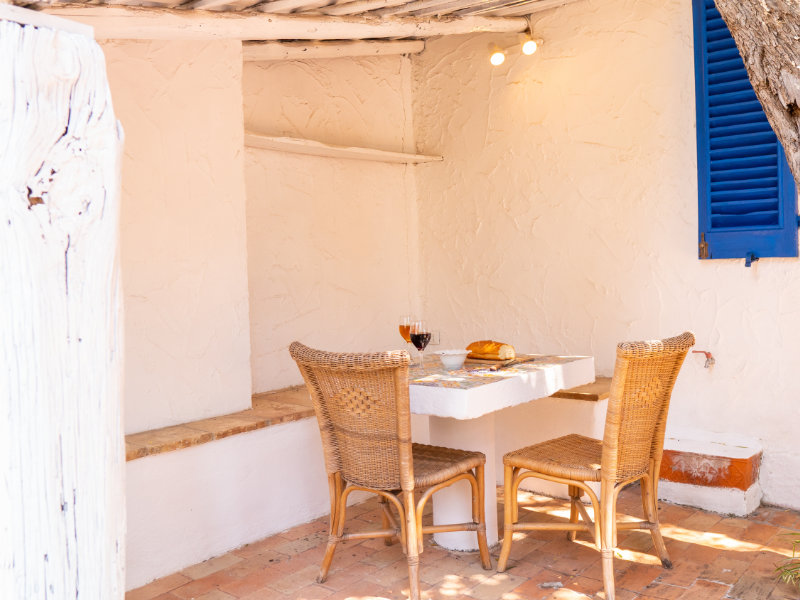 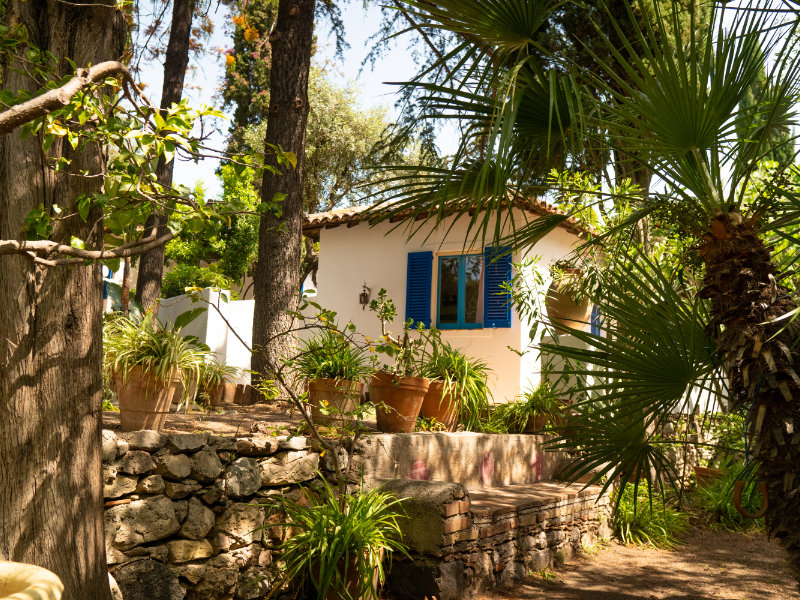 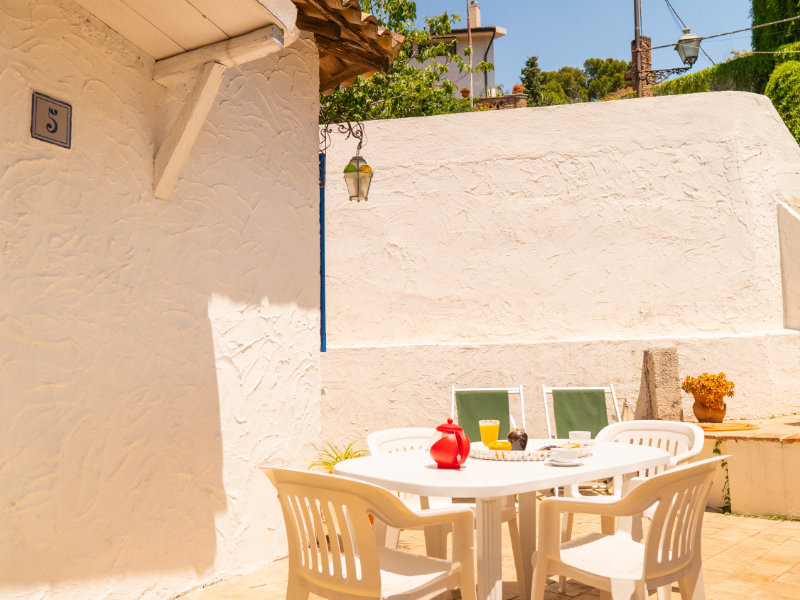 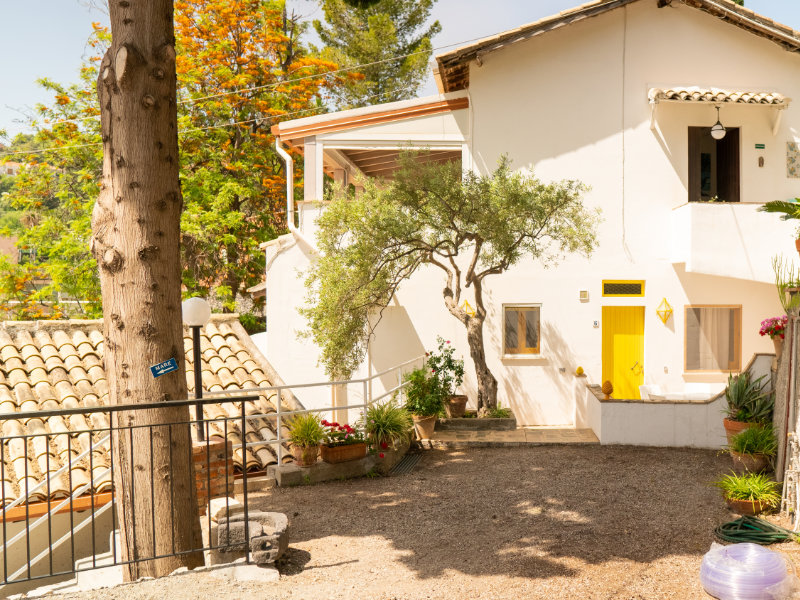 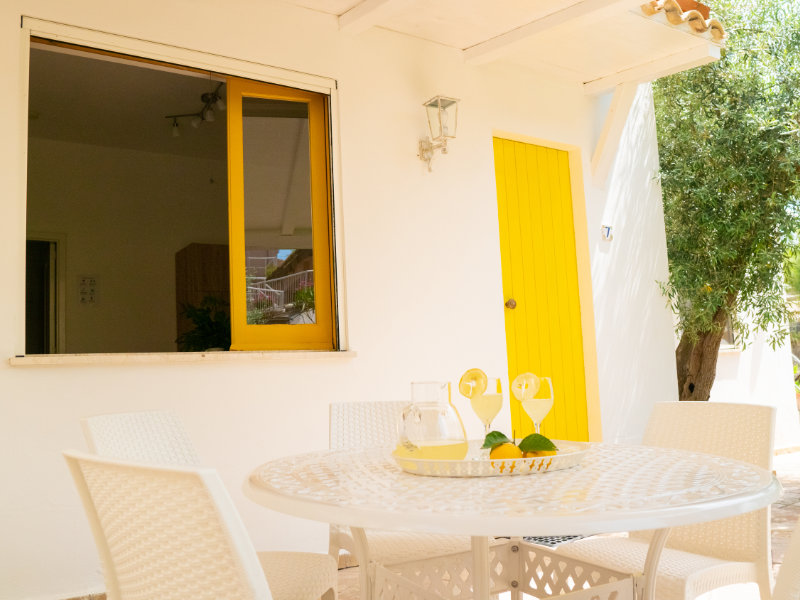 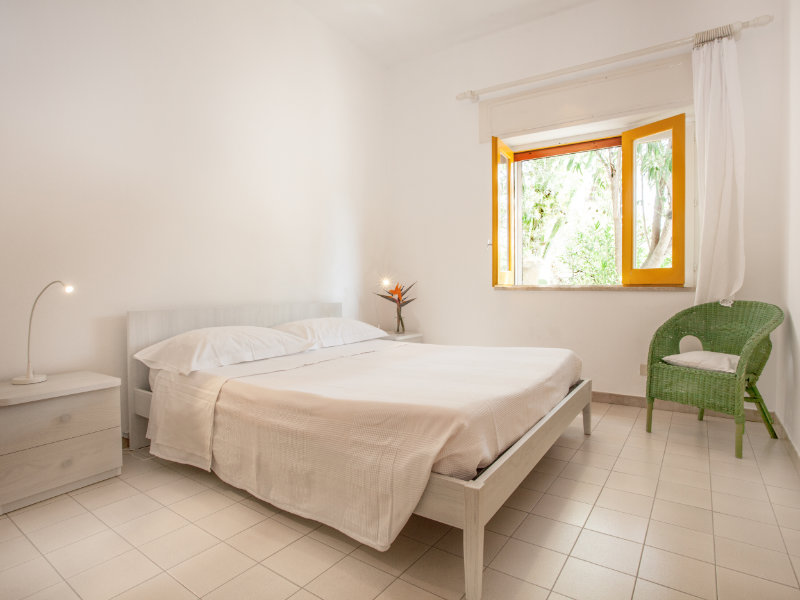 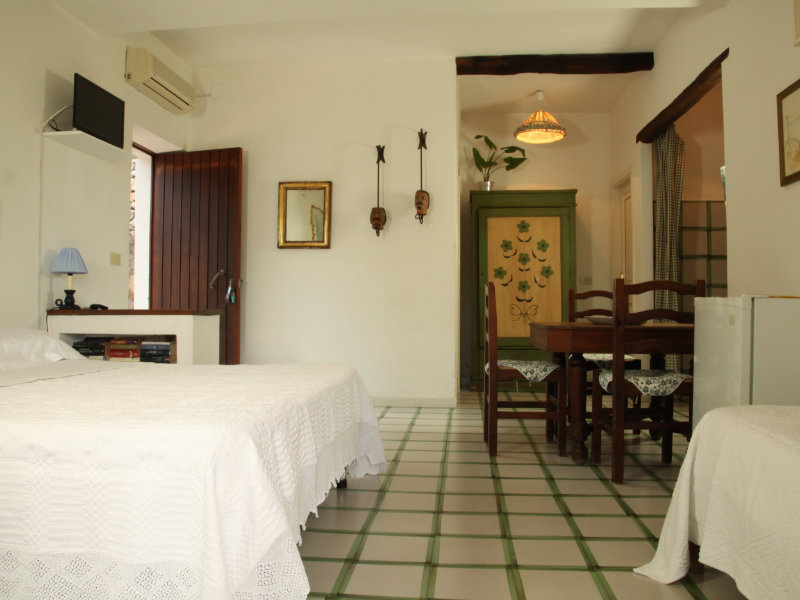 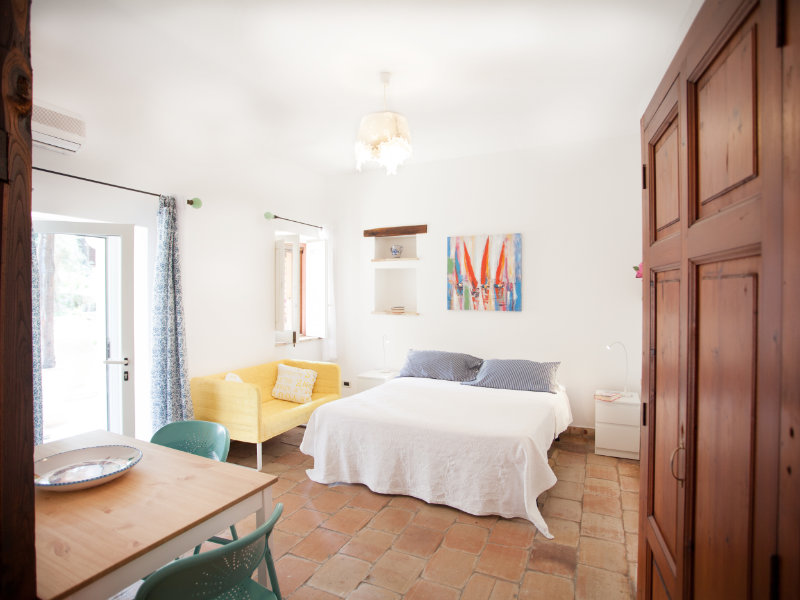 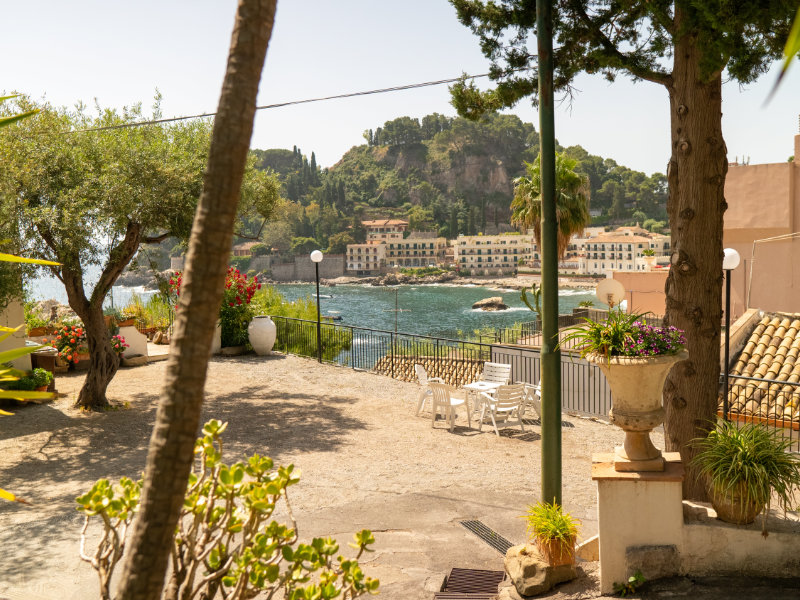 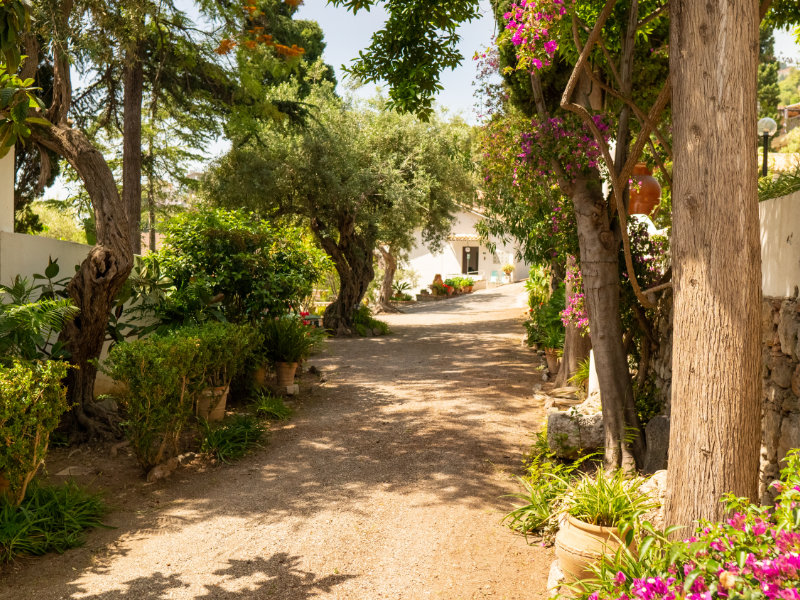 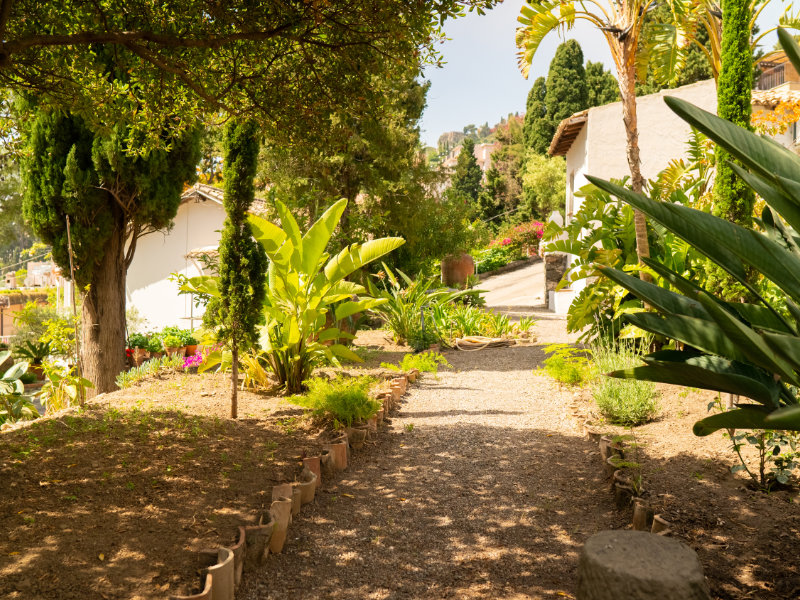 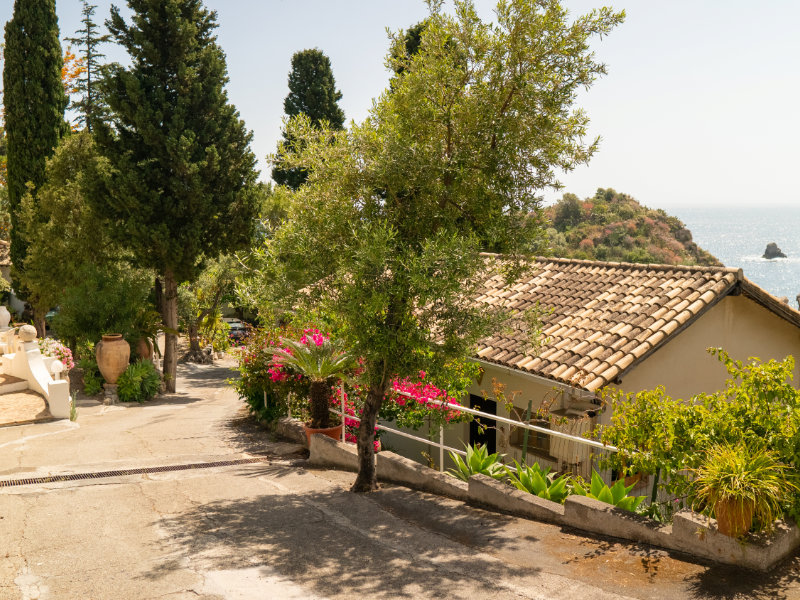 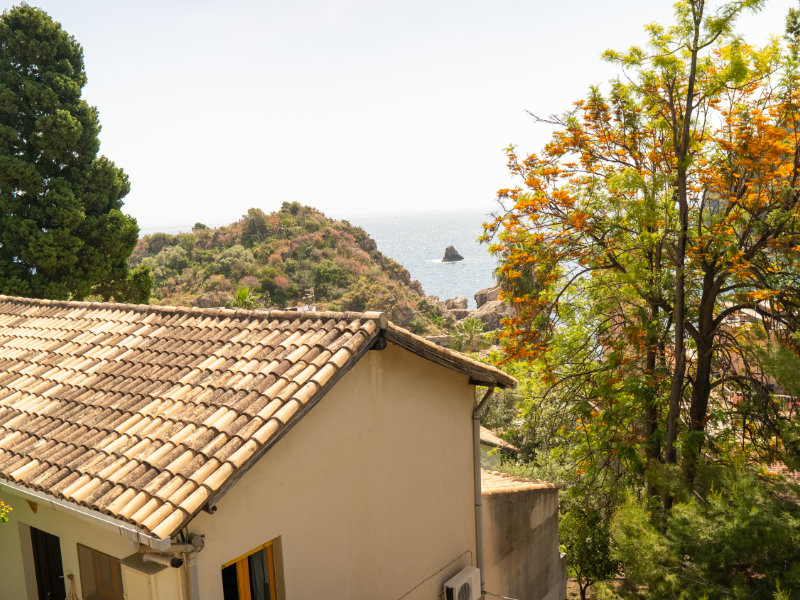 Il Villaggio Placido is located in a beautiful Garden Park full of evergreen flowers and plants.

Each villa is located in the deepest of a green garden of olives trees, cypresses and palm trees.

The individual verandas of each villa are surrounded by vegetation and the intense colors of the bougainvillea...

The Solarium is located right at the exit that leads you to the bay of Mazzarò. As soon as the guest is back from the sea, he finds an outdoor shower, equipped with soaps and clean towels". 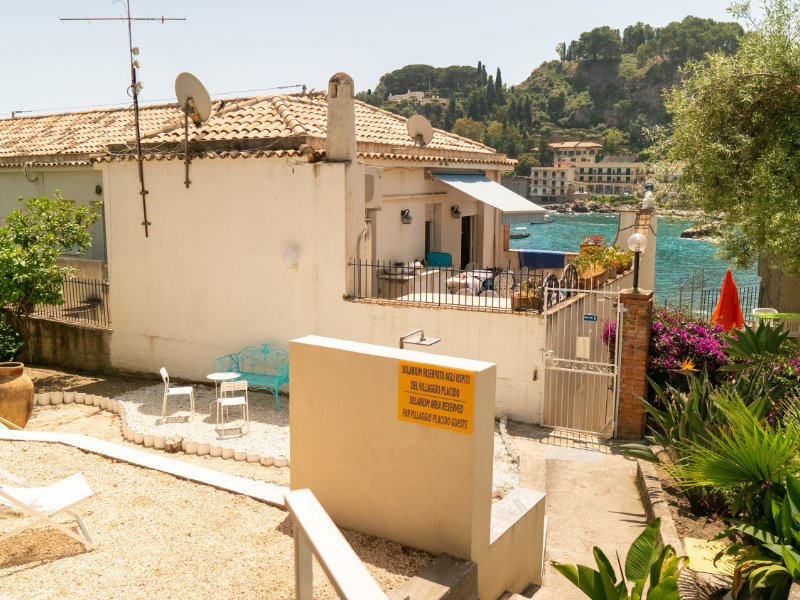 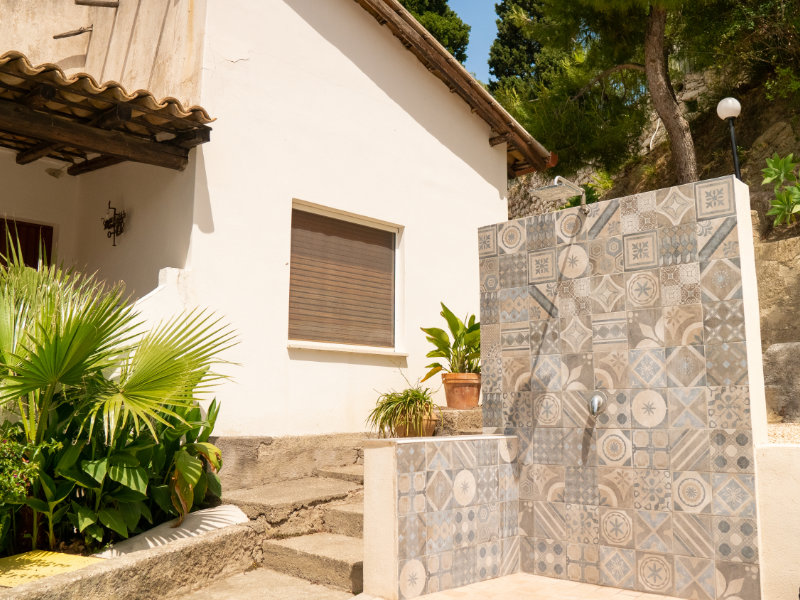 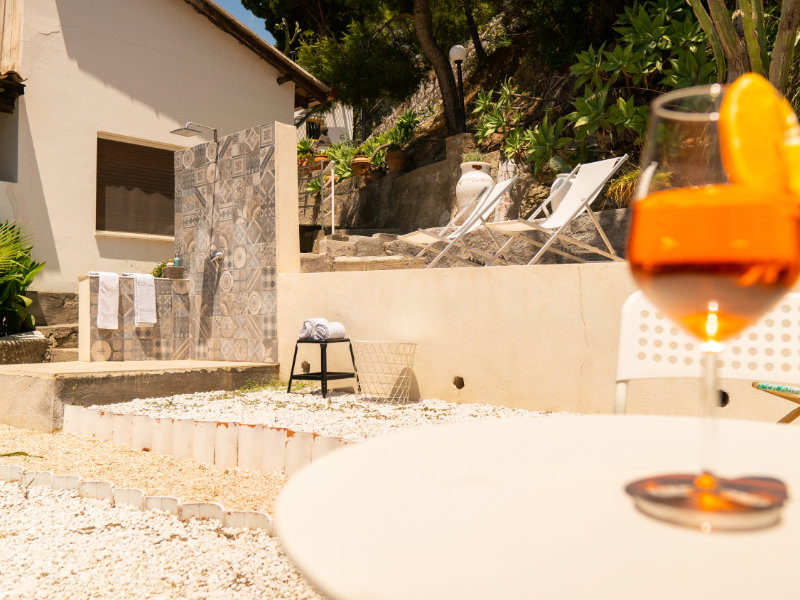 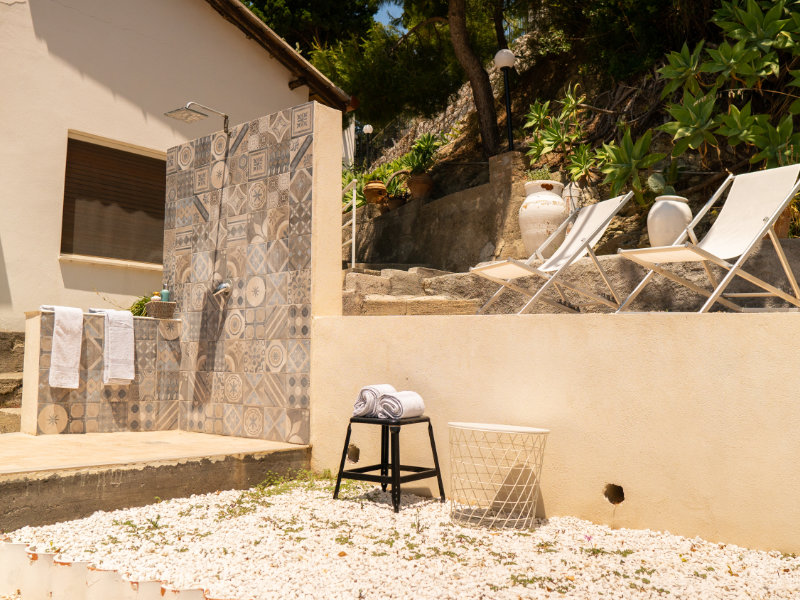 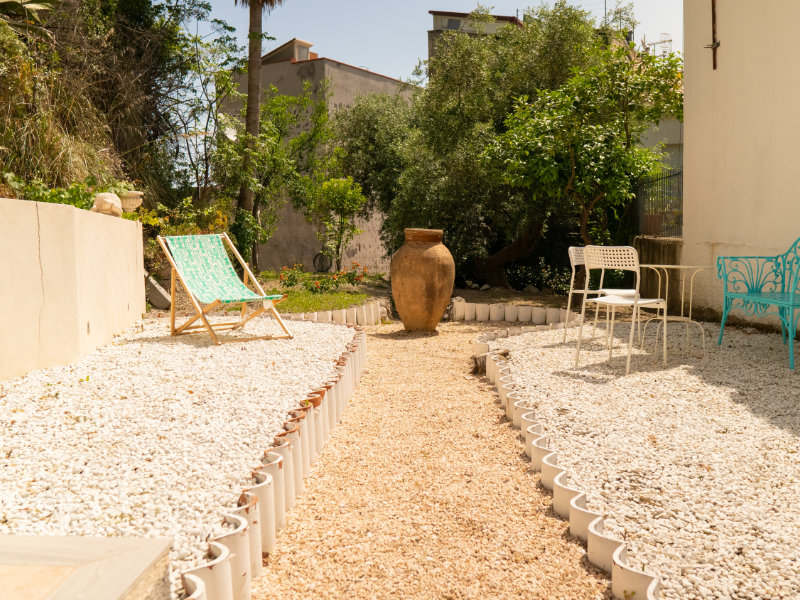 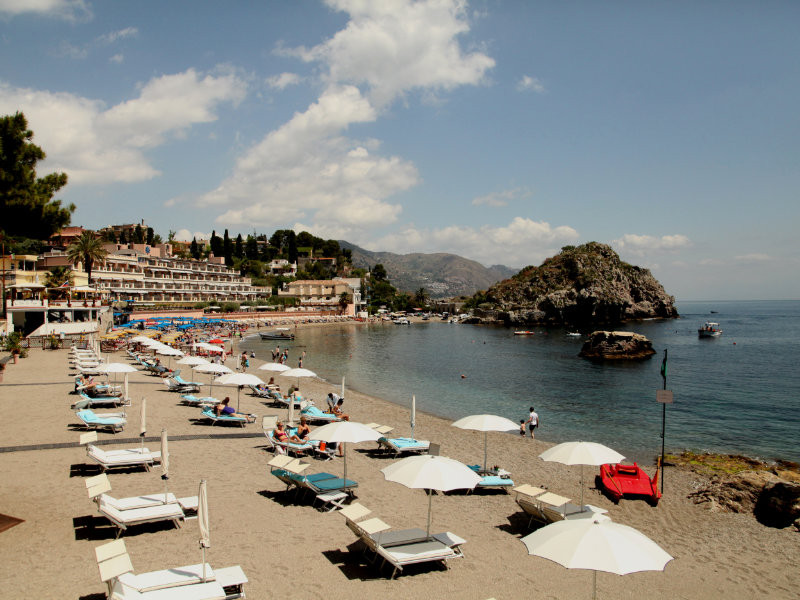 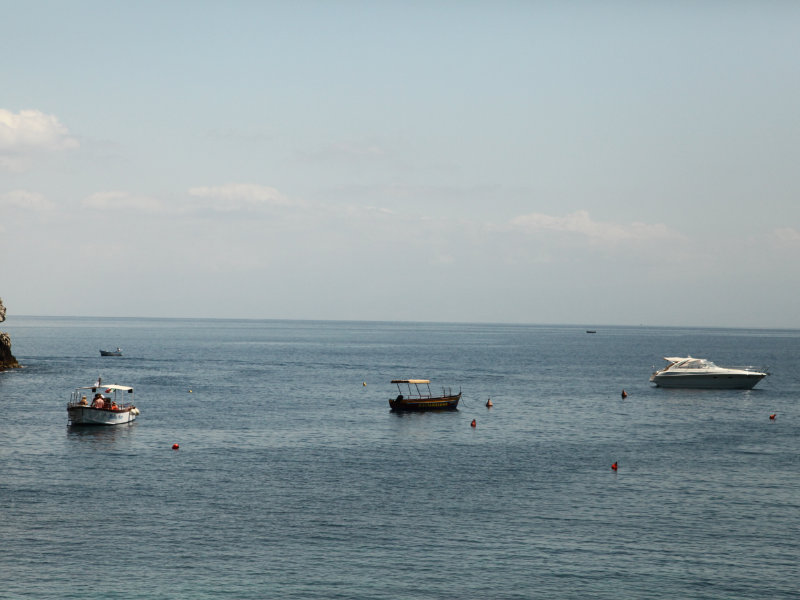 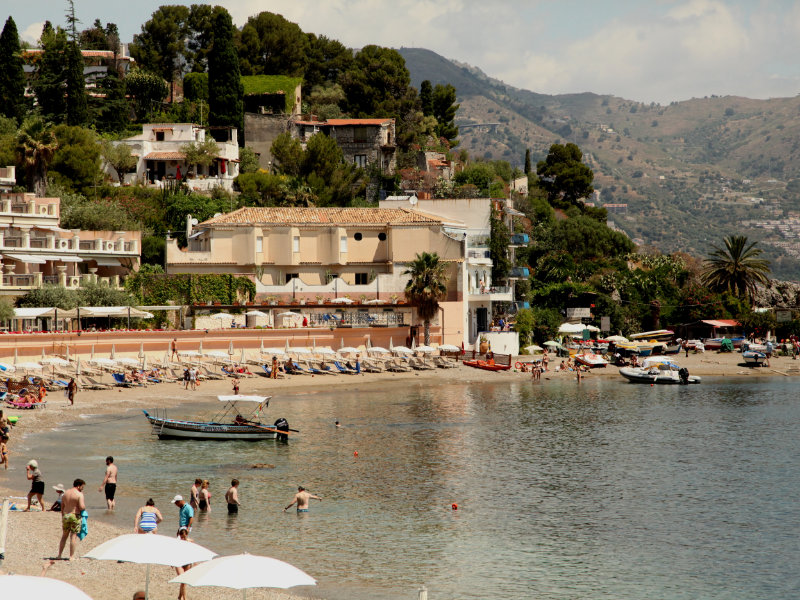 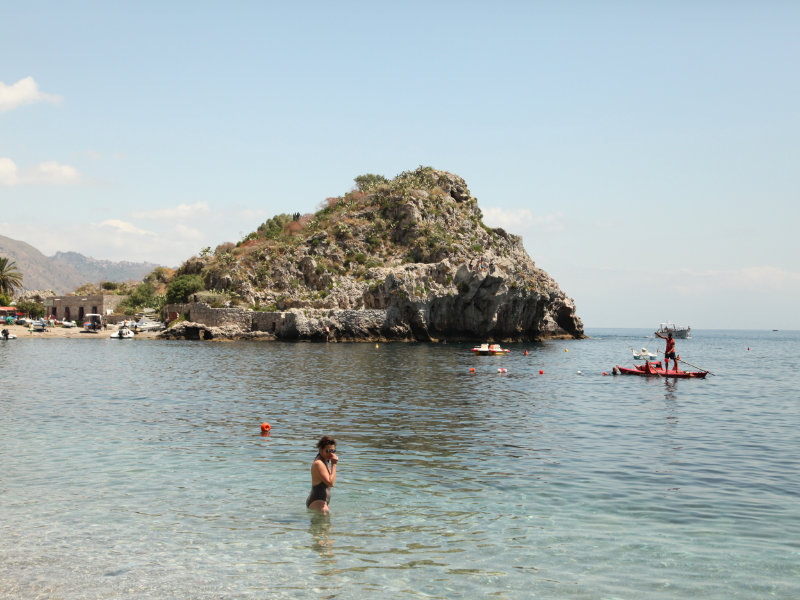 The Villaggio Placido is located in the magnificent Mazzarò Bay with a private access directly to the sea. A small private path crosses the garden and leads directly to the fine white sand of the beach, to dive into a sea with clear and transparent waters ranging from blue to cobalt blue...

Even in the height of summer you can enjoy and relax in the shade of the plants of the Village. In the garden, in addition to the tall trees, there are plenty of flower plants that bloom and decorate the whole garden at different times.

There are also many succulents and Mediterranean-type plants that complete the garden in every corner of the park. One of the Mediterranean plants par excellence is the olive tree present throughout the garden, which with its shade in summer keeps the whole village cool.

As soon as the guest has taken a shower, he can lie down in the sun, because there are sun loungers, which he can use to dry himself in the sun.

"The Solarium is a very nice and quiet place, you can stop just to work on your laptop or relax in the quiet of the park, where the only sound you can hear is the sea beating on the sand.

Mazzarò bay is one of the three coves located at the foot of Taormina, just in front of the cable car exit. From this gulf on one side, passing Capo Sant'Andrea, there is the other cove with the bay of Isola Bella, right in the middle between Capo Taormina and Capo Sant’Andrea. This gulf with Isola Bella is rich of cliffs, small bays and caves including the most spectacular "Blue Cave" famous throughout the world for its emerald green water.

In this crystalline sea, the seabed is also rich in vegetation and hides a multitude of varieties of fish. It is a true paradise for diving enthusiasts. This marine area has been a protected natural reserve managed by the WWF since 1999. The reserve can be visited all year by reservation.

At any time of the day, our guests can go down to the sea, dive into the crystal clear waters and go up comfortably at home. From our Village with a small boat and in a short time you can visit the entire coast of the three coves, discovering cliffs, small bays, coves, caves to explore, and above all a crystalline and inviting sea above and below the surface. We are waiting for you.